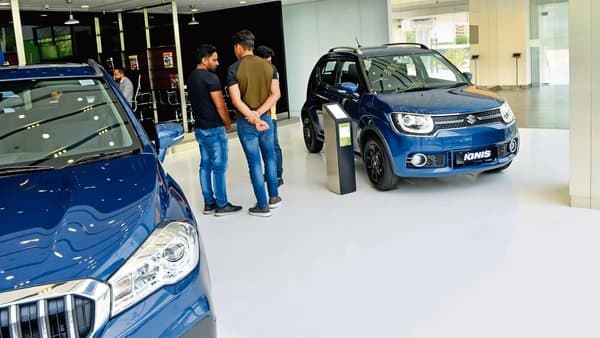 New Delhi/Mumbai: Top lenders have decided to pare down their exposure to automobile dealers on account of increased defaults over the last two fiscal years, potentially delaying recovery in a sector struggling with weak demand.

The liquidity crunch at non-banking financial companies (NBFCs) has made both public and private sector banks, including State Bank of India and HDFC Bank, more cautious while extending credit to automobile dealers, who are already reeling under the precipitous fall in vehicle sales over the last eight months.

Mounting bad debt in the auto sector has resulted in leading retail banks seeking a high collateral for inventory funding—at times, 100% of the loan—making a dire situation worse for a large number of dealers, four people aware of the development from the automobile and banking industries said on the condition of anonymity.

Lenders are being extremely cautious about extending fresh credit to dealers because the outlook for several automobile manufacturers is bleak, said a senior banker. “The situation is particularly bad for a few manufacturers as compared to the rest and we are vetting each account on a case-by-case basis,” the banker added.

The tightening of credit comes at a time when NBFCs have already held back lending owing to the scarce liquidity in their system.

Banks have stopped accepting letters of comfort from original equipment manufacturers (OEMs) that used to suffice for granting credit until recently. This development will affect the auto industry since dealers typically use bank loans to buy stocks from automobile manufacturers. Any squeeze on the pockets of dealers at a time NBFCs aren’t lending will hit overall auto sales in the domestic market.

Stressed balance sheets have already led to the closure of multiple showrooms in most parts of the country, especially in northern and western states, in the last two years.

According to the first of the four persons mentioned above, banks are being over-cautious because many dealers have invested short-term loans in long-term assets like real estate for showrooms and non-auto related businesses, and have subsequently defaulted.

“The dealers were often under pressure from the manufacturers to invest more. In that process, they took more credit than they could repay. Also, some dealers of struggling manufacturers are now staring at a situation where 100% collaterals are being sought by bankers,” said this person, who is associated with the retail business.

The tightening of the credit norms for auto dealers goes beyond the recent drop in sales as more than 100 dealerships have closed down in the 18 months to April. This is also a marker for the overall availability of liquidity in the banking system at a time shadow banks are reeling under the liquidity crisis.

According to data compiled by the research wing of Federation of Automobile Dealers Associations (Fada), 64 dealerships have shut down in the Greater Mumbai area alone in the last year-and-a-half, with 61 of them associated with the passenger vehicle business. These include 34 showrooms in Mumbai and 24 in Pune.

According to the second person mentioned above, banks also used to extend credit because the automobile market was doing quite well, but the collapse of certain NBFCs after Infrastructure Leasing & Financial Services Ltd went bankrupt and the lack of liquidity in the system have prompted banks to tighten credit norms. The increase in bad loans from the sector is another reason.

“Certain banks have taken a decision to become extra cautious while lending to the dealers of certain companies. Also, some of the financially healthy dealers are trying to generate cash internally. Some of the NBFCs have also reduced the inventory funding in the last few months which has impacted the overall functioning of dealers,” this person added.

According to Fada secretary Manish Singhania, if a particular sector is going through a downturn, banks are expected to tighten credit norms and ask for more collateral. At this point, the need of the hour is a reduction of stocks by automobile manufacturers.

“The manufacturers need to understand that when they push more stocks into a dealership then the banks earn interest (on increased loans) since the operations expenses for dealers increase. Till the time the retail was good, the bubble did not burst. That’s why dealers now have been asking manufacturer to maintain stocks for 21 days. These days, easy capital is not available and original equipment manufacturers need to understand that dealers are going bankrupt since they are overburdened with inventory,” added Singhania, who is an automobile dealer in Raipur, Chhattisgarh.